The Army Public School, Jodhpur was established on 01 July 1992 with strength of 247 students from class I to V. It was recognized by the AWES in Jul 1992. In July 1995, Class IX was added, in 1996 first batch of 16 students made the school proud by passing the CBSE class X Board Exam. Thereafter the school never looked back and took a quantum leap by starting class XI (Science) in 2001. Class XII (Science) was added in July 2002. With great pride we announce that we have added Commerce Stream from July 2004 and first batch of 13 students appeared in CBSE Class XII Exam in 2006. Considering the growth we had the privilege to start Humanity Stream from 01 Jul 2006.

The School is governed by AWES, AG’s Branch, Army HQ in accordance with the guidelines given in AWES Rules & Regulations (Apr 2008 – Silver Jubilee Edition) and managed by the School Managing Committee. On 19 Jul 2007, the school was given a new building which was inaugurated by GOC – in – C, HQ South Comd. With the fascinating infrastructure the school was christened as APS, Jodhpur. 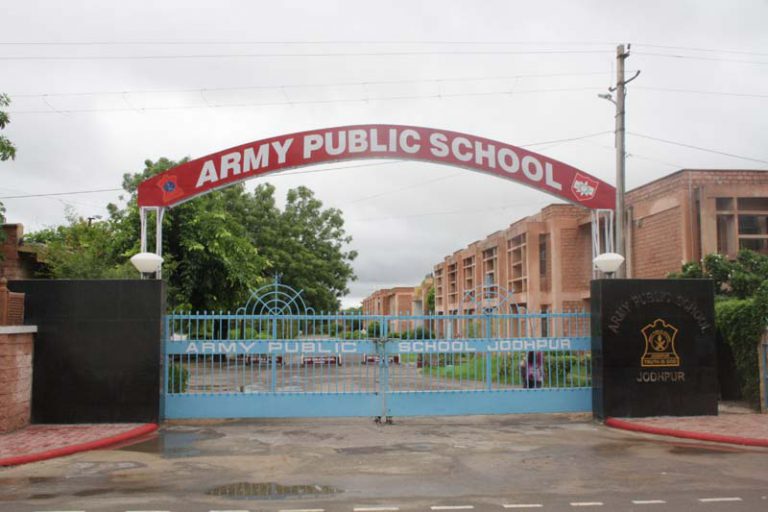